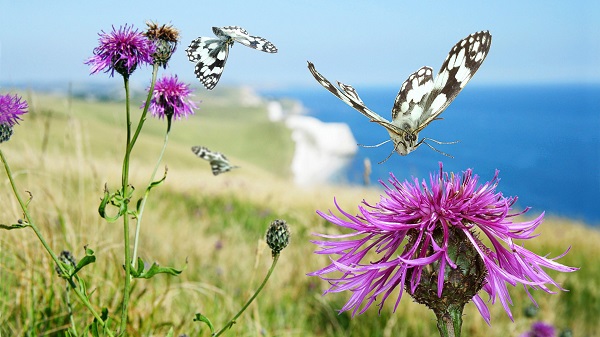 As pastors, my wife and I get pretty busy sometimes.  Like every other human being, we only have so much time and energy to invest in the many activities of this life.  As a result, some things that “need” to get done end up being neglected.  If I’m being truly honest though, it’s really more a matter of priorities than it is time, and the thing this year that we have failed to prioritize is the weeding of our garden.  Don’t get me wrong, our garden is very manageable.  We just simply didn’t take the time to get out there this year and make it right.  We started out pretty good, but towards mid to late summer it just got away from us.  It’s interesting how it works, really, because it just takes one seed.  One weed that is left unattended is all it takes to take over the entire garden.  It almost seems to happen overnight.  One day you look out and it seems pretty decent and another you look out and it’s overrun.  It takes so much less time to maintain the garden, dealing with one weed at a time, than it does to go in and overhaul it once they have taken over.  I find this to be a perfect analogy applying to two opposing truths in our walk with Christ.  On the one hand, as Christians we might look at the garden that is our life and feel like it’s pretty decent.  It has potential.  It’s certainly better than that guy’s garden.  But at the same time, you are fully aware of both the bad seeds that are hidden just under the surface of the soil, and the weeds that have already exposed themselves.  The question is, what are you going to do about it?  Is your garden “good enough” by your own estimation?  Sometimes we even go so far as to justify the existence of the weeds.  They grow up in our garden and we become familiar with them.  They even develop little blooms, which we use to validate their existence.  Oh look, I have flowers in the garden.  No you have WEEDS!  Years ago, I married a woman (my current and only wife) who suffered under rejection.  That worked out rather perfect for me, since I was controlling.  If you didn’t know it, you will always marry someone who will draw your issues to the surface.  The good news is that once those weeds expose themselves, they are easier to pull out.  So we were sitting in a training for inner healing prayer ministry, and part of the training was to practice on one another.  I identified with the presenting issue, so I became the guinea pig for that particular lesson.  After explaining my issue to the counselor, he asked, “do you want to get rid of this issue?”  My honest response was, “I didn’t know”.  I got good results from this weed.  It had a nice little bloom on it called results.  My control over my rejected wife meant that I got things done how I wanted.  I liked those results.  I once had a counselee who got a demon cast out in one of our sessions (unbeknownst to them).  That next week I got a phone call.  “What did you do to me?”  They wanted me to reverse it.  They had become familiar with the results of that thing in their life.  Here’s the problem.  At first that weed might look pretty to you, but soon that one weed will completely take over your garden.  You think that you are in control now.  You look out at the garden and it seems good enough, but one day you look out and it has been completely taken over.  If one of those bad seeds becomes a weed, our responsibility is to deal with it, and we deal with them one weed at a time.  Don’t buy into the lie that you have things under control.  You don’t!  Mathew 5:48 says,

“Therefore you are to be perfect, as your heavenly Father is perfect.”  NASB

Many have balked at this verse suggesting that the word “perfect” means that we should be maturing.  It doesn’t.  The Father in Heaven isn’t “maturing”.  He is perfect.  The kingdom expectation is that you would be perfect too, and Jesus has paid a hefty price to make that a reality.  It’s time to deal with the weeds in your garden!  Ask the Holy Spirit which weeds He is working on right now and be willing to take that step.  As one who has plucked many weeds out of my life, I can tell you that life is definitely greener on the other side.  Healing isn’t always easy, but it is worth it!

The other side of this coin is that to the world you look like a weed that needs to be plucked from their garden.  I certainly don’t mean to imply that you are sin.  I’m just saying that the world would never plant you, because you are not from this world.  As Christians, we are charged with the responsibility to advance God’s will on “earth as it is in Heaven”.  Mathew 13:33 says,

“The kingdom of heaven is like leaven, which a woman took and hid in three pecks of flour until it was all leavened.” NASB

As King’s kids, we are under the dominion of that kingdom.  It is both in us and flowing through us.  So in essence, we are “weeds” planted in the garden of the world.  But notice in the parable that the leaven, or yeast, was “hidden” in the lump of dough.  This, of course, isn’t an excuse to do nothing or to not say anything, but it provides us with a distinction between the weeds of the world and the weeds of the kingdom.  Worldly weeds are meant to be plucked up when exposed.  We have power and authority over them.  But kingdom weeds, true flowers, can’t be plucked up.  Once planted, just like living yeast, they will seed that garden and take it over.  It is a process that can’t be stopped, because the kingdom of God is forever advancing.

So, go pluck those weeds from your own garden so that you can more effectively spread in the garden of the world for the glory of God!

4 thoughts on “It Just Takes One Seed”